Sona is a language created in the 1930s.
It has a vocabulary of 360 root-words and 15 grammar particles.
Some people enjoy Sona as a mental challenge or word-coining
game, while others view it as a potential ‘auxiliary language.’

Information: This website is a recreation of the now archived website, Sonagona, ran by Richard K. Harrison. Apologies if there is a lack of credibility throughout the website.
There is also information added that is of importance, which is noted by "Recreator's Note:".

Here is the creativity corner of Sona! Here, you can find translations, songs, and videos done in, or about Sona.

In 1935 Kenneth Searight’s book describing Sona appeared. (Sona: An Auxiliary Neutral Language, published in England by K. Paul, Trench, Trubner & Company as part of the Psyche Miniature book series.)Sona is an invented language with a vocabulary of only 375 root-words and particles. By forming compounds of these ‘radicals’ a person can supposedly express any commonplace idea they would want to express. Highly specific terms, like the names of uncommon foods, diseases, plant and animal species and so forth, can be borrowed from ‘international’ words or scientific Latin.When you want to create a Sona word that means blue, you can combine the radical that means sky with the radical that means color. The root-word for wood plus the root-word meaning to open creates a compound that reportedly means a door. And so forth.This type of made-up language, which tries to do as much as possible with a small vocabulary, is classified as ‘oligosynthetic.’ Different people have different feelings about the practicality of these language designs.As far as I know, he never made much of an effort to promote Sona as an auxiliary language. It is possible that he viewed it as a personal experiment and only cloaked it in an auxiliary language disguise so that he could get the book published and thus immortalize his design.(Generally speaking, engelangs had no way to obtain publicity in pre-internet times. Authors who created languages solely to test their quirky design theories could never admit that they were doing so, even to themselves. They were horribly trapped in the auxlang closet.)According to one researcher, Searight continued to whittle away at the inventory of morphemes in his language after the book was published. He reportedly got it down to roughly 300 items.

Sona is mainly an a priori language. Sona's creator, a polyglot and amateur linguist, drew grammatical principles from a number of sources: Chinese, Japanese, Arabic, Pushtu [Pashto?] (an Afghan language), Persian, English, French, Russian, Italian, and Indo-European roots.It is perhaps unique in languages constructed at the time in incorporating principles from Asian languages as well as European ones -- a characteristic the creator hoped would attract Eastern as well as Western speakers. It does not lean upon any African, American, or Australian languages, but does seem to have influence of Polynesian ones, at least in choice of vowel sounds.Sona's creator was a British army officer who served in India, Iraq, and Egypt with British and native troops. His experience with soldiers' argot and pidgins in those countries seems to have influenced Sona as well, as it has a very simple pidgin-like grammar.He also claims to have been inspired by Roget's Thesaurus, particularly Roget's suggestion that the 1000 terms in the original thesaurus could be codified to make an artificial language.

status of Sona as a language

As an auxiliary language in which people around the globe might communicate, Sona is not very successful. The book was published roughly [85] years ago. There has never been a magazine or even a mimeographed newsletter written in Sona. There has never been a regular series of radio broadcasts or podcasts conducted in Sona. To the best of our knowledge (as of 2013) no one has ever had a [face-to-face] conversation in Sona.An online forum for discussing and using Sona was established on Yahoo Groups in 2004. Nearly all of the activity there is in English. Actual usage of Sona for communication in the forum [had] been exceedingly rare.Granted, it is also possible to enjoy Sona privately without publishing anything on the internet. Everyone is free to use his/her own personalized variant of Sona as a diary language, a medium of poetry or whatever use comes to mind. (Due to its obscurity Sona would be the perfect language for keeping a diary safe from prying eyes.) There is no way for us to know how much private usage of Sona is occurring.

Although the language was originally conceived as an international auxiliary language (IAL), its lack of speakers and organized advocacy groups makes it a long shot at best in that competitive arena. Esperantists, Interlinguists and Glosists should feel little competition from Sona.The language's aesthetic characteristics, sonority, and pleasant simplicity, however, make it a delight to study, learn and use. As an introduction to language creation, or simply to learning and using constructed languages, there are worse languages than Sona.

Sona as a coin-wording game

Sona can be viewed as more of a success if you think of it as a word-coining game. You can play alone, play with a few local friends, or play with the handful of people who are active on the forum.For example, one day on the forum someone was looking for a Sona equivalent to the English word hangover. Paul Bartlett suggested hinzosuzen «after fire water sickness» and this was widely appreciated. It’s cleverly constructed using existing radicals and reasonably concise.

keep calm and carry on

A few people continue attempting to use Sona as a language in spite of the difficulties. Some Sonaji feel strongly attracted to the aesthetics of the language (even though they have never heard it spoken by anyone other than themselves in many cases). Also, there is a certain joy that comes from knowing about something that is utterly unknown to the ordinary man in the street. And for those who love troubleshooting or solving puzzles, Sona offers endless opportunities: finding ways to overcome the limited vocabulary, interpreting the challenging documentation that Searight provided, and trying to master intricacies of the language. 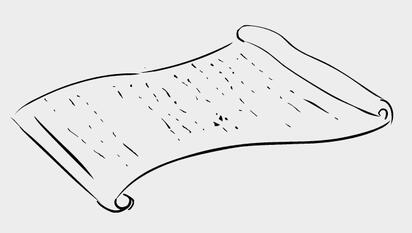 Sona is an experimental language, an attempt to determine if a certain set of 375 polysemous morphemes is a useful inventory of building blocks for a well-rounded oligosynthetic language.Kenneth Searight continued to modify Sona after the Book was published. Likewise every person who is interested in Sona has a moral right to create a customized version that suits his/her own tastes. No one has any authority to prevent others from enjoying the creative freedom of defining their own vision of Sona.Some fans of Sona will accept the vagueness of Sona radicals, embrace the quirky word coinages in the Book, and view some of Searight's statements as interesting puzzles. Others will feel that everything must be clearly defined, irregularities must be abolished, all verbs should have the same argument structure and so forth.These differences are inevitable. Each of us will reach our own unique understanding of the language based on our own personality and linguistic background.People will write tutorials and glossaries in an effort to steer the language in one direction or another. Those who feel entitled to fix everything will debate those who feel that nothing is broken. This is the free expression of opinion. It cannot be stopped.Every user of Sona has a right to use his/her idiolect of the language publicly or privately, collaboratively or singly, while accepting or rejecting suggestions from others. It cannot be any other way.